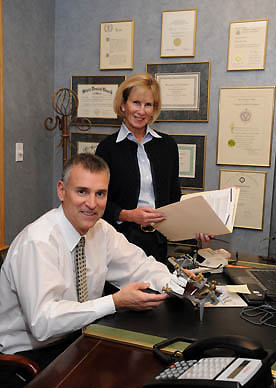 Oral and maxillofacial surgeons are dentists who specialize in surgery of the mouth, face, and jaws. After four years of dental school, they receive four to seven years of hospital-based surgical and medical training, which prepares them to do a wide range of procedures, including all types of surgery for both the bones and soft tissues of the face, mouth, and neck.

Frederick L. Steinbeck, D.D.S., M.D., is one of only a few oral surgeons in the Kentucky/Ohio/Indiana area who holds both a Doctorate of Dental Surgery and a Doctor of Medicine degree. In addition, Dr. Steinbeck is a member of Children’s Hospital Craniofacial Anomaly Team. He is among the most experienced and respected oral surgery specialists in the Tri-State area, with more than 20 years in practice.